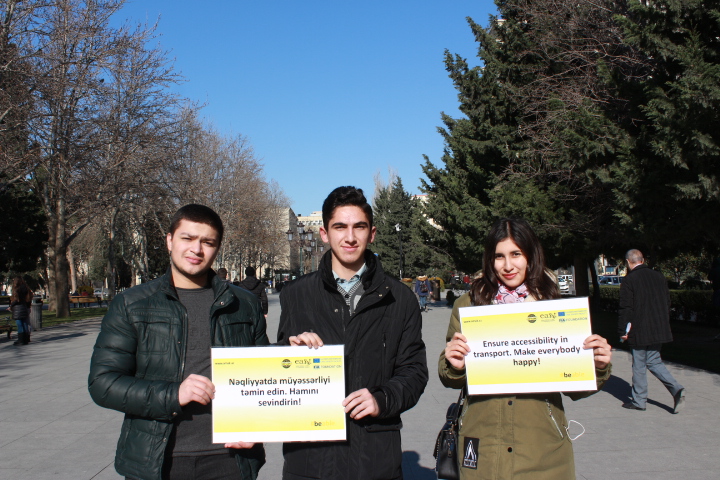 AMAK organized a public awareness campaign on people with disabilities

On January 12, AMAK as part of its EU funded Eastern Partnership Civil Society Facility Project, organized an awareness campaign, during which residents of Baku had been informed about the difficulties, people with disabilities are facing while using public transport and roads. The Club also shared some statistics on disability in Azerbaijan for the general public during the awareness campaign. In addition, around 30 residents had been asked to give a video interview and express their opinions regarding this problem. Respondents were also kind enough to take pictures with our team and support the cause.